Jinko and LONGi are some of the long-term players in the Chinese Solar Energy industry, and both boast a wide array of products, reach, and some of the best solar technology on the planet.

In this article, we will be taking a deep dive into each company’s history, products, and reach, while also talking about their flagship models. Both CEC-approved solar energy modules, meaning you can buy either of them in Australia no matter which one you prefer.

Founded in 2006, Jinko Solar has become one of the largest (if not the largest) solar panel manufacturers in the world. Since 2016, they have held a tight grip on the number one spot for most solar panels and solar energy systems sold worldwide from China.

Being a huge multi-national company, Jinko Solar now has plants all over the world, with flagship factories in the US and China. Their biggest successes have come from the innovations brought to market through their Research and Development teams – who do strict quality control and durability testing. Many solar installers within the Australian market love Jinko Solar’s panels because of their ease of construction and installation.

Jinko Solar is also the leading member of the Silicon Module Super League. 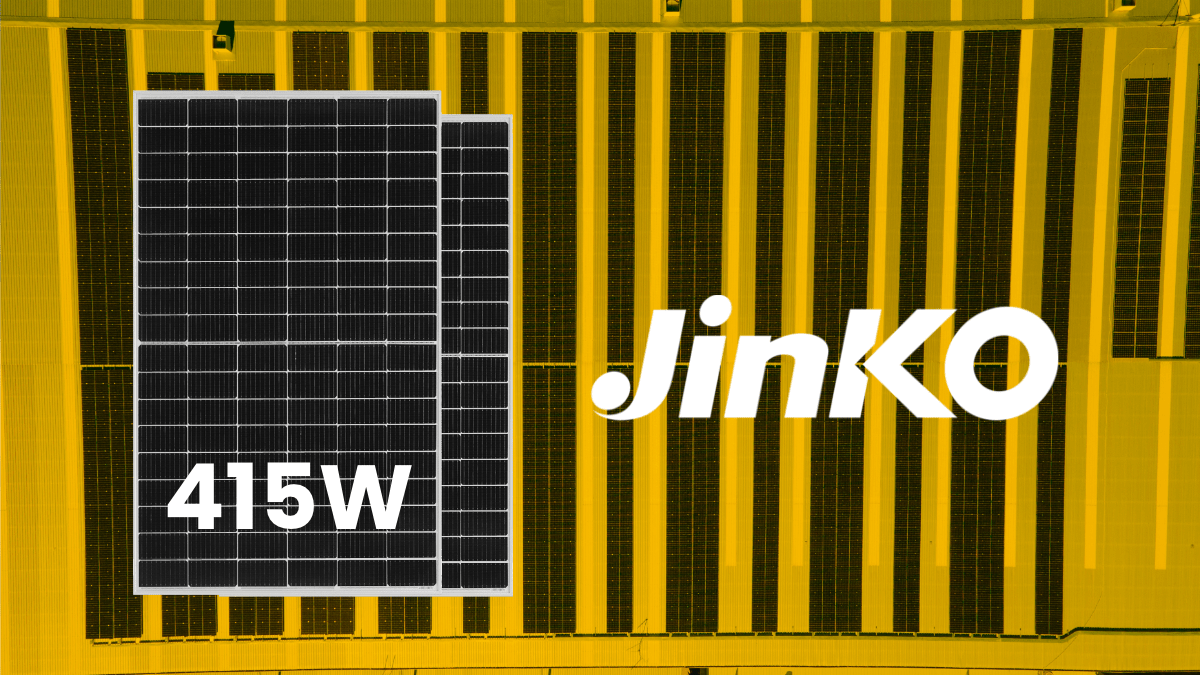 One of their biggest achievements was the use of the creation of their P-type monocrystalline PERC (passivated emitter rear cell) solar cells. This resulted in making the solar cell sensitive to light on both sides of the cell, a property known as bifaciality.

LONGi is not to lose to Jinko Solar in any way regarding their reach either, with flagship factories in China, and Malaysia – with distributors in the United States, Japan, the United Arab Emirates, as well as France and Italy. 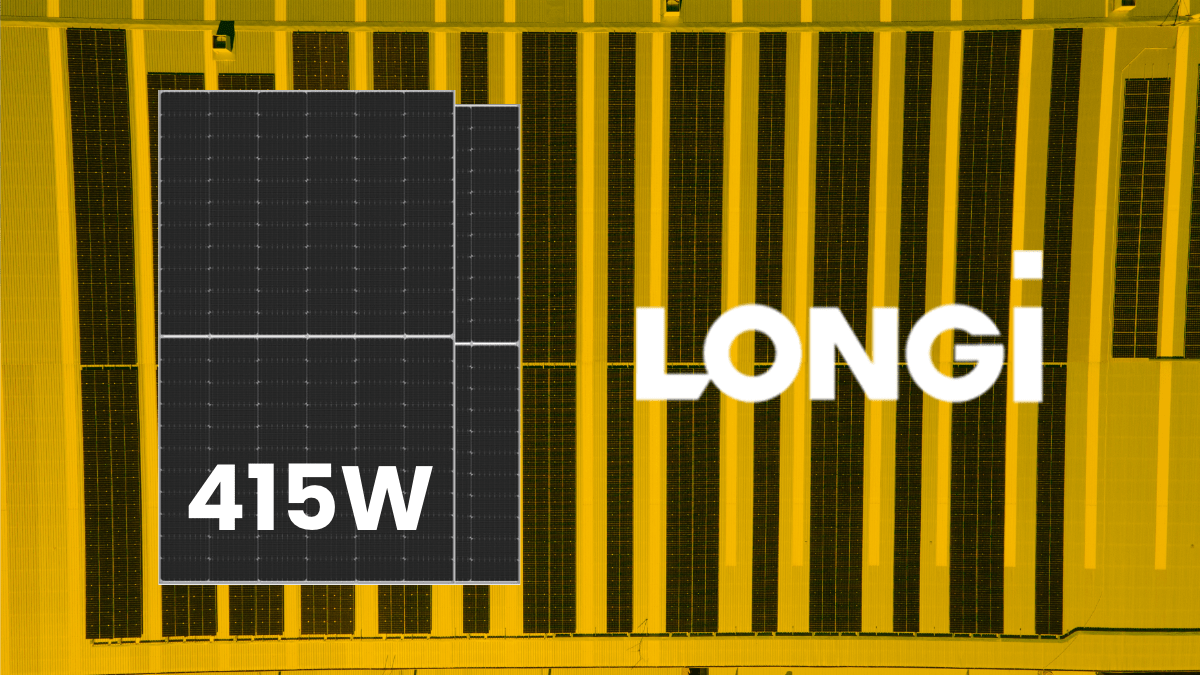 Let’s get this straight first, Jinko Solar and LONGi Solar are both highly awarded solar panel manufacturers, instead of trying to determine which company is objectively better, it is better to consider which company offers the best solar panels in regards to where you live, your budget and the energy needs of your family. However, for the purpose of our analysis, we’re going to be talking about the Jinko Tiger Pro 415W solar panel versus the LONGi 415W solar panel. 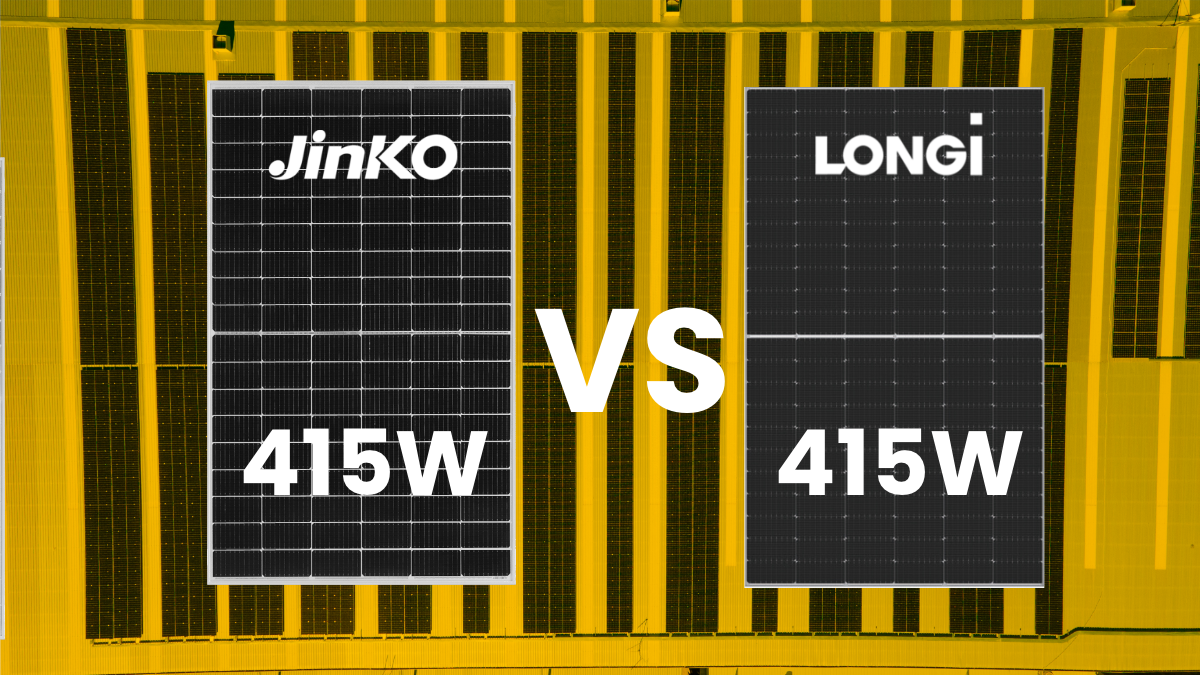 Jinko Solar’s prestige comes from its great reputation, but this isn’t the only reason. Jinko’s research and development teams have pushed their solar array technology farther than ever before, and have created standards that are a must-have in the solar industry.

For example, Jinko Solar has now integrated multi-busbar solar energy cells and has half-cut cells for all of their panels. The great part about having half-cut cells is that it allows the panel to still absorb an efficient amount of energy even if the panel itself is partially shaded. Multi-busbar technology allows you to reduce resistive losses by reducing the overall amount of heat that flows between the fingers of the solar panel to the busbars, ensuring a more efficient panel.

Jinko Solar panels are considered to be the best low-light performing solar panels as well.

According to PV Evolution Labs, the advanced glass and textured cell surfaces of Jinko’s solar panels allow for more energy to be contained and absorbed within low-light environments such as fog, cloudy days, or even if there is partial shade created by something.

Its energy efficiency is also paired with world-renowned durability. Each of their solar energy modules has an IP67 rating for its resistance against water and dust. The durability of the Jinko Solar panels is what makes them stand out from its competitors. They were built to be extremely resilient towards extreme winds and snows.

Amongst other things, Jinko has invested in Australia’s energy industry by establishing the largest solar farm in Australia while utilizing its optimized solar modules. They have put back into the Australian green energy system, and you should as well.

LONGi’ solar panels are also made with half-cuts cells and have the same ability as Jinko Solar panels by allowing their panels to absorb an efficient amount of energy, even if the panel is partially shaded. In doing so, they are actively competing with the world’s standards of solar panels.

This is due to their reduced hotspot risk by using an optimized electrical design within the module itself, and by operating at a lower current than most solar panels.

Longi vs. Jinko Final Verdict: Which one is better?

From a price standpoint, the Jinko Solar Panels are more expensive, but they are considered to be more efficient than the LONGi solar panels. In our experience, you should always weigh the durability of a panel along with the efficiency when you are comparing solar panels.

The longer a panel can last, the more power it can absorb and convert to power your home. The more efficient a panel is, the more money it will save you year after year. Currently, the Jinko Cheetah 415W has both – and is considered to be a lot more aesthetically pleasing as well.

Even though LONGi is considered an innovator in monocrystalline silicon cells, the technology that they have for utilizing those cells is lacking. The current technology that Jinko Solar uses for their panels allows for more energy production with less waste within the transfer of currents.

If you’re needing the best and most cost-effective solar panel in the Australian market, any of Jinko’s solar panels will be right for you and your family. They are the strongest built solar panels currently and are extremely effective at saving you money on your energy costs. 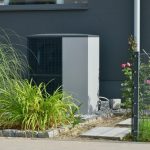 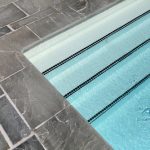 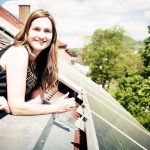 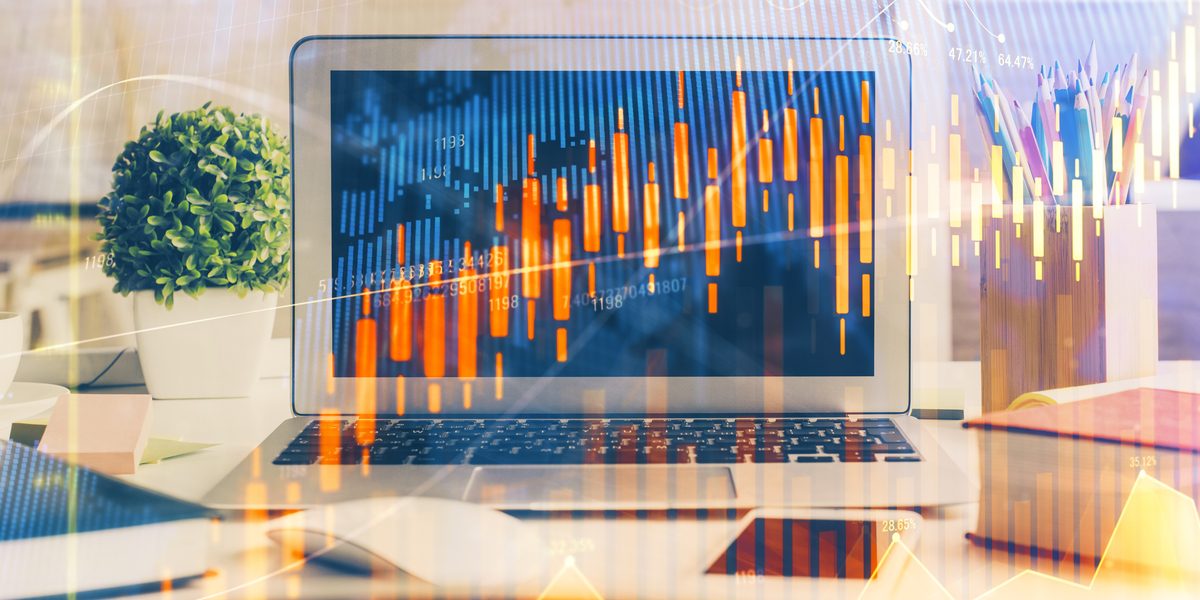 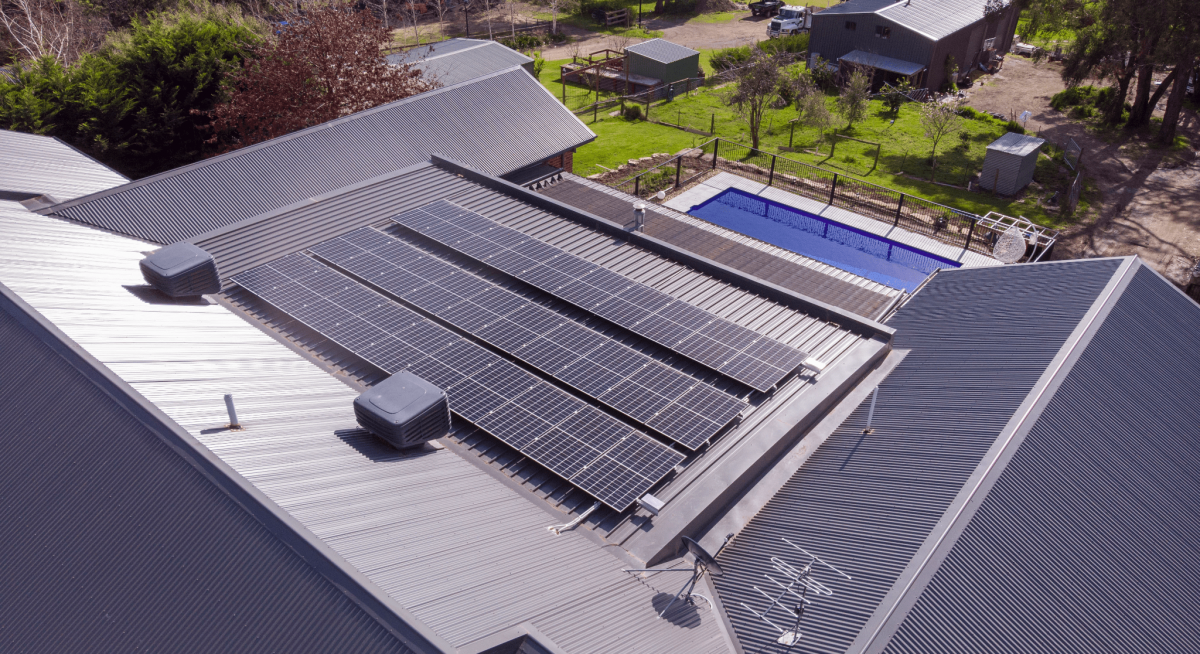